Reverse a String in C 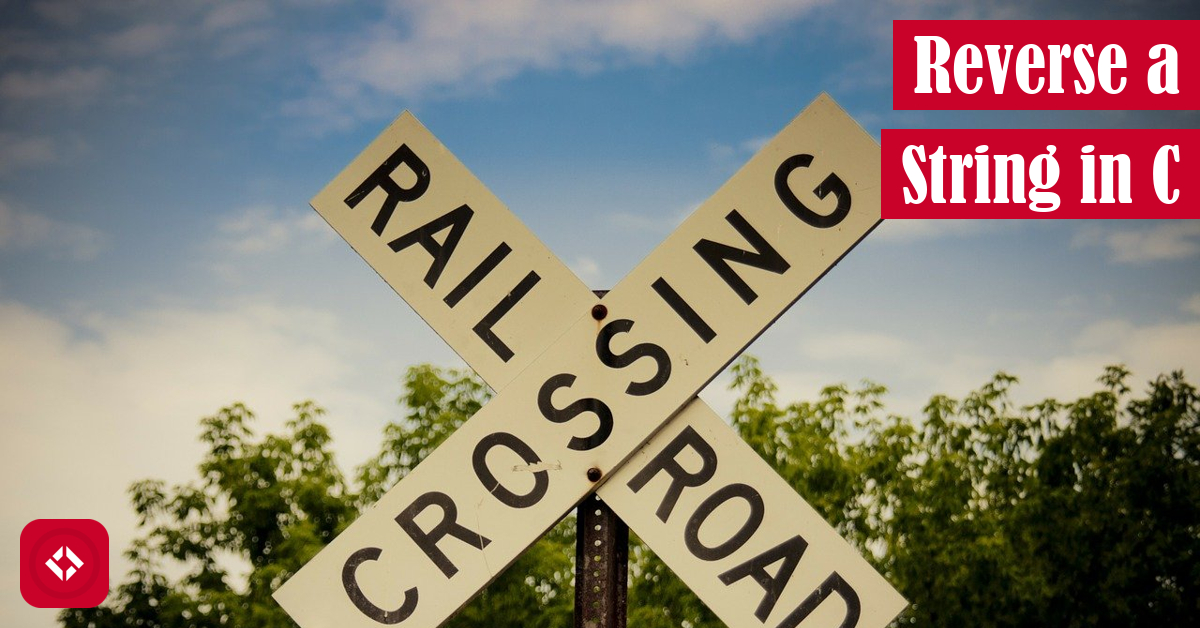 Welcome to the Reverse String in C page! Here, you'll find the source code for this program as well as a description of how the program works.

Reverse String in C was written by:

If you see anything you'd like to change or update, please consider contributing.

Below is the whole code for reversing a string in C :

Here we create two pointers, one that points to the string's start and the other to the end of the string. Using a third character variable as a place holder, we swap the character positions indicated by the pointers. We continue to do so until the entire input string is reversed by moving the pointers.

Now let us see step-by-step how the code works.

By including #include <stdio.h> we can use printf() method without worrying about how it is implemented. Can you guess why we have included #include <string.h>? Keep on reading for the answer.

This is the function that will take a string as input and reverse it. Here, we will be modifying the value pointed by pointer str. Hence, the function doesn't need to return anything, and the return type of our method is void.

Here we are declaring variables to store the length of the string and pointers to point start and end points (of the logical substring) to be swapped. Note that currently, the end pointer is pointing to the start of the string instead of the end of the string. We will see how to fix it in the next step.

And yes, the function strlen(), which gives us the length of string, can be used because of the statement: #include <string.h>.

We traverse through the entire string so that pointer end can point to the last character of the string. It's important to note that for loop traverse till len-1 this is because, in C, arrays are zero-indexed i.e., indexing starts from 0. The ++ syntax at the end of the variable end is called an Increment operator. The increment operator increments the value of the variable by one in each iteration. Thus, after for loop is executed, variable end points to the string's last character.

And this is the Meat of the matter; this is the logic that reverses the string. The while loop condition start<end make sure that once reversed, we don't reverse back the string to the original string (For Math geeks; only 180o and not 360o rotation of string). The temp variable is used for swapping the characters pointed by two pointers. The -- syntax at the end of the* variable* end is called a Decrement operator, and it decrements the value of end by 1. Both of these operators change characters pointed by the pointers, and we can swap all characters of the string.

The main() function is acting as a utility function to use the reverseString(). Using the instructions in the next step, try changing the value of variable str by typing your desired string inside double quotes ("").

Also, think about how the length of the string being odd or even can affect our code.

The easiest way to run this program is to go to this [LeetCode Playground][2] and run the program. You can tweak the program or provide different input strings to understand the working better.

Alternatively, you copy GitHub's code and run the program on an online C compiler or in an IDE.